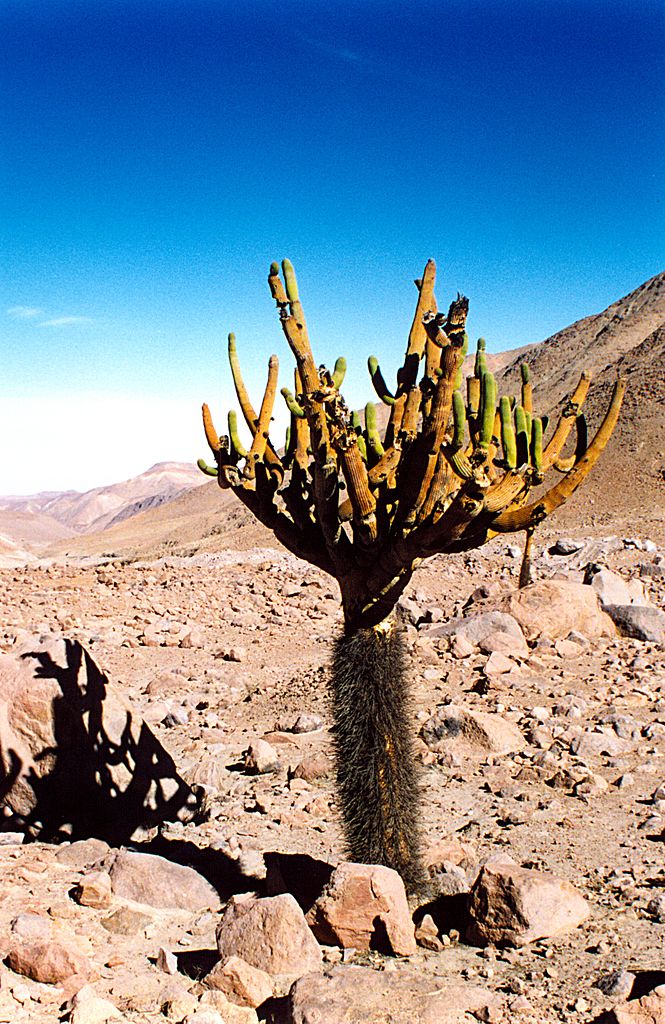 Browningia candelaris is a species of cactus from northern Chile and southern Peru. It has a distinctive growth habit, with a straight spiny trunk topped by more-or-less spineless thinner branches. In some places, the long-term survival of local populations may be threatened by grazing, which destroys seedlings.[2]

Browningia candelaris has a tree-like habit of growth, reaching a height of up to 6 m (20 ft). When mature, it has a distinct unbranched trunk with a diameter of up to 50 cm (20 in), which is densely covered with straight brown spines, 6–15 cm (2.4–5.9 in) long. Above the trunk the plant has a crown of branching thinner stems, which may be entirely spineless or bear spines reduced to a few bristles. All the stems have about 50 ribs.[2]

The species was first described as Cereus candelaris in 1833 by the German botanist Franz Julius Ferdinand Meyen.[3] In 1920, Britton and Rose placed it in the genus Browningia, named for Webster E Browning (1869-1942), director of the Instituto Inglés, Santiago, Chile.[2] Studies published from 2002 onwards using the methods of molecular phylogenetics suggest that the genus Browningia is polyphyletic (i.e. the genus is not a natural group descended from their most recent common ancestor). B. candelaris and B. hertlingiana are related to some species of Rebutia, whereas other species of Browningia are related to genera such as Pachycereus.[4]